Just in case you could not think of anything to buy after winning the lottery.  She has a beautiful interior with even more potential.

Replies to This Discussion

Something different! 130' x 36' steel riverboat with authentic paddlewheels makes this investment a unique recreational business opportunity. Fitted out with fully functional kitchen, restrooms, dance floor and upper level with bar, this boat can transform your life into a living adventure. Previously used as dinner cruise vessel for special events cruises but would make ideal restaurant/bar on the lake or it could be moved and transformed into an extreme home. Currently on 3.64 acres of beachfront property with dock leased from the city of Fort Worth. #20800

Apparently this is the M/V Biloxi Queen   http://www.thesteampunkempire.com/group/riverboats/forum/topics/m-v... This very impressive and handsome Paddlesteamer is, at over 80 Metres long, the largest operational paddlesteamer in European waters.

The legendary Delta Queen began service as an overnight passenger vessel in 1927, carrying passengers, cargo and automobiles between Sacramento, Calif. and San Francisco, Calif. After a brief period of service in the U.S. Navy during World War II, the vessel was sold as war surplus to Captain Tom Greene, owner of the Greene Line Steamers of Cincinnati, Ohio. From 1946 to 2008, the Delta Queen operated as an overnight cruise vessel along many of the prominent river and waterways running through America’s heartland, including the Mississippi, Ohio, Tennessee, Cumberland and Arkansas Rivers. Later on, the vessel operated as a dockside hotel in Chattanooga, Tenn. from 2009 until 2014.

“My partners and I are thrilled to be taking this critical first step toward the preservation and restoration of this important piece of American and river history,” said Cornel Martin, President and CEO of Delta Queen Steamboat Company. “We look forward to the day when the Delta Queen will once again be able to ply America’s waterways and allow passengers to relive the experiences of Mark Twain and his unique cast of river characters from the decks of a true 1927 steamboat.”

“Our goal is to have the Delta Queen return to cruising America’s waterways in 2016 following extensive mechanical and hotel renovations,” said Martin.

For more information, visit the Delta Queen on Facebook or http://www.thesteampunkempire.com/group/riverboats/forum/topics/ss-... 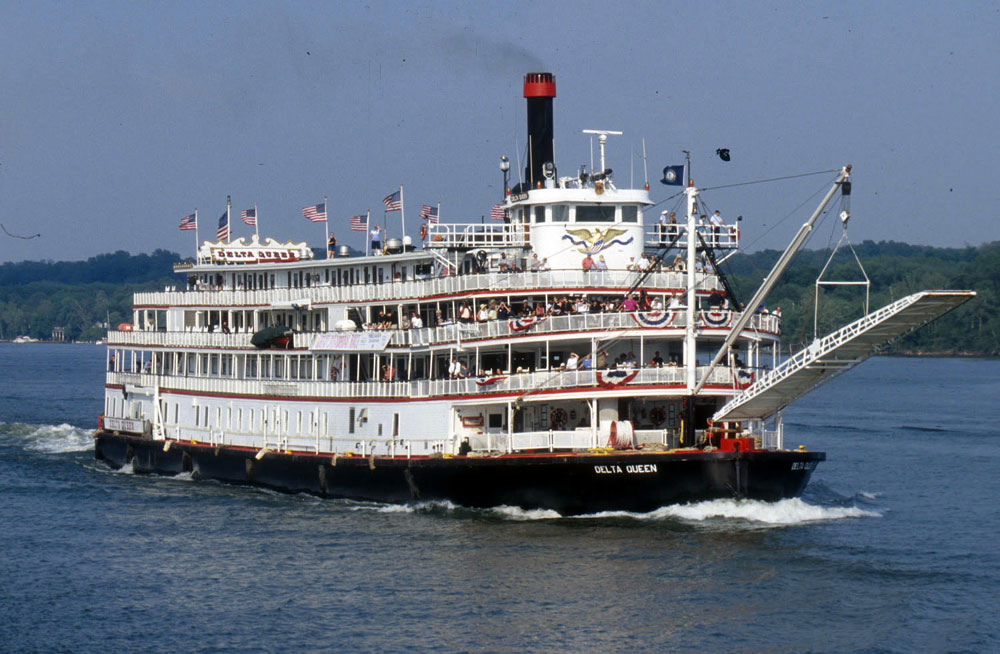 We will miss her, but at least she is going to a good home.

Quite a treasure to lose.  I have heard, right or wrong, that she is moving to Cincinnati(?)

Not sure on final destination; she is going for a refit first.  I refuse to lament, though: if we can't take care of her here - and the neglect has been awful - I am glad that she will go someplace where she will be returned to former glory.  Perhaps they will bring her for a visit some day.