All Blog Posts Tagged 'beyond victoriana' (89)

It is day 15 of our arduous journey through the veldts of Nigeria (or are we in Cameroon yet?). Our tracker Adeola has discovered new tracks and scraps of fibers from obviously foreign cloths. She can find a single iguana track amongst a bevy of crocodiles, this one can. We listen intently that these “men” are probably several hours, if not a day away. We find…

Beyond Victoriana #81 Ganvié, the "Venice of Africa," Haven from Slavery--Guest Blog by Eccentric Yoruba

"The Adriatic has its Venice and its gondolas,
The Atlantic has its Ganvié, so much envied.
I will praise you everywhere, Ganvié,
Venice of my country, you will soon be
The center of the world, and men from all horizons
Will be dying to come and dream on your waters,
Around your magic and haughty huts,
Amid your slender and light canoes"

If nineteenth-century Iranian women discovered time travel, where would they go? What would they bring back?

Photographer Shadi Ghadirian did not have these questions in mind, persay, but she is interested in how the Western world perceives Iranian woman like herself. In her photography series "Qajar," she brings out the cognitive dissonance that someone unfamiliar with Iran may experience, as well as comments about the position of women in society… Continue

Fact or Faked: The Travels of Jacob D'Anacona--Guest Blog by Rachel Landau

The City of Light is the journal of the travels of Jacob D'Ancona, a 13th century pious Jewish merchant. Readers follow Jacob on a three-year journey, starting from his hometown of Ancona in present-day Italy, overland through Damascus and Baghdad, and then by sea, stopping at various ports and places until he reaches the city of Zaitun, modern-day Quanzhou, where he stays to buy goods and talk to the scholars of the city. It consists of equal parts travelogue/memoir and a… Continue

Among the objects in the Victoria & Albert Museum in London, one of the most popular is Tipu's Tiger, an Indian automaton of a tiger mauling a European soldier. Tipu's Tiger was created around 1795 for the Tipu Sultan of Mysore. The tiger was the sultan's emblem and the symbolism here is quite blatant: a sign of the… Continue

“If I walk, I hope my footsteps won’t be erased just like that… I want many other footsteps to follow mine!” - Anne Avantie

Anne Avantie's signature kebaya designs are growing in popularity as Asian fashion enters the global scene. Born to Chinese parents in Solo, Indonesia, Anne never had any formal training in fashion design, but always had an interest in the fashion world. Her love for fashion design started…

Earlier this year, my attention was drawn to a discussion on … Continue First stop in this Con Extravaganza series is Nova Albion, based in Santa Clara, California. This con was formerly named Steam Powered, and I first heard about it from Mike Perschon's blog years ago. This year's Nova Albion is the first steampunk convention to address a non-Western theme, and I was intrigued when they had invited me as a speaker back in… Continue

The Industrial Revolution of Today: A Review of FACTORY GIRLS by Leslie T. Chang

Note: This has been cross-posted from Edwardian Promenade. A few days late for this blog, but still relevant (I also recommend reading this modern perspective on this North American holiday too).

I live in California, and coincidentally, this was where the first Cinco de Mayo celebrations were held in the 1860s. Just in case you have no clue what the holiday entails, “[t]he 5th of… Continue

This Monday is the first night of Pesach, or Passover. In the days when the Temple was standing, every Jew was required to make a pilgrimage to the Temple and make an offering there. Around the world and on six continents, Jews still follow the same structure for a Passover seder, as outlined in the Haggadah nearly two thousand years ago. But Jews are not monolithic: each community adds its own variations and customs to the mix.


A picture from the Sarajevo Haggadah,… Continue

These above words are quoted by… Continue

Note: This is cross-posted with permission from Edwardian Promenade. Released in 2009 (though with a fair share of controversy over the admittedly tasteless title, “Barbarian Princess”), with limited run last year and a DVD release in September, Princess Kaiulani is a gorgeously-shot tale of an unjustly forgotten figure in American history. Though the writing isn’t as nuanced as it could be, and there are many holes in the tale which require… Continue

One inspired comic maker, Carla Speed McNeil, who began self-publishing Finder through her own imprint of Lightspeed Press in 1996, has been ardently… Continue

QUAINT #11 Salome da Costa from “The Story of Salome” by Amelia B. Edwards Amelia B. Edwards, author of "The Story of Salome". Image courtesy of Wikipedia

Salome da Costa was created by Amelia B. Edwards and appeared in… Continue

Beyond Victoriana #67 Reporting from AnachroCon!

AnachroCon, based in Atlanta, Georgia, is an alternative history convention that has been sympathetic to the steampunk cause. On its website, they…

QUAINT #10 Cahina from “A Royal Enchantress” by Leo Charles Dessar Cahina was created by Leo Charles Dessar and appears in A Royal Enchantress (1900). Dessar (1847-1924) was a New York judge who was a part of the corrupt Tammany Hall political system.

There was a real Cahina (alternatively, “Kahena” or “Kahina”), a Queen of the Berbers in the 7th and 8th… Continue

During the aftermath of the Industrial Revolution, causes for gender equality were being raised by men and women throughout the world. In 1909, under the helm of the Socialist Party of America, the first National Women's Day was celebrated in the United States on February 28th. In 1910, at the International Conference of Working Women in Copenhagen, influential German socialist politician Clara Zetkin proposed that a day be…

Note: This is cross-posted with permission from Edwardian Promenade.

"I had to make my own living and my own opportunity! But I made it! Don't sit down and wait for the opportunities to come. Get up and make them!"

Contrary to public opinion, Madam C.J. Walker did not invent the hot comb or relaxers, and neither was she the only African-American beautician during the Gilded Age. What the former Sarah Breedlove was, however, was incredibly… Continue 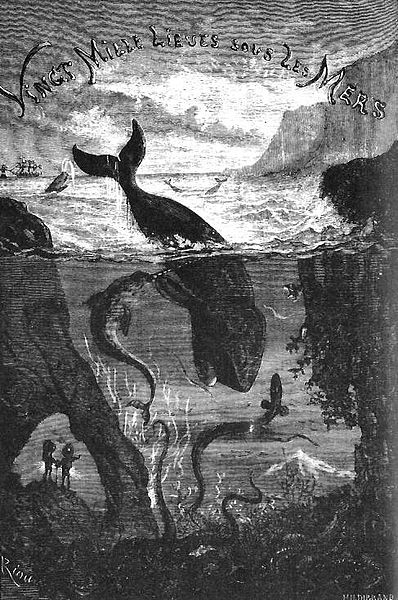 Did Verne create “steampunk” characters in his novels? Though I cannot define Verne as being a steampunk writer, I can say that Verne’s works, while written in a cut and dry cataloguing style, nonetheless emphasizes moral and social qualities as much as it does scientific ones. Given these circumstances, I will consider what are considered important values that a person should have according to… Continue