Ah thats better. Fortified with tea and a plate of cucumber sandwiches I'm feeling much refreshed. Now where was I...Oh yes.

Later that evening I had gone into Worlds End as I always do. I was hoping to see Jack and relay the information I had gathered. Julien was there and as always I was thrilled to see my dear husband. He's away so often working that I don't see him much. And of course I have the tavern to manage so that keeps me busy. I was as always swamped upon arrival…

I really have been quite remiss about writing the last few days but things have been so confusing I just haven't been able to sort out what to write. I suppose now that things have calmed down a measure I should start at what I believe to be the beginning. I walked into Worlds End several days ago in my usual good cheer and discovered a much be-grieved Jack sitting at the bar weeping and pounding his head upon the wooden surface a note clutched in his hand. Having never seen Jack in such a…

We helped Tesla tidy up his lab. He was inquisitive as to how I stopped the creature. "You used your hat, didn't you?" I asked him how he knew.
"You always use your hat. It's an asset and a miracle." he said. I was
flattered. After we finished cleaning the lab, we took Jacob Endicott's
brain from the jar and buried it behind the tower. At least his
physical form was at rest…

A 2010 Retrospective & Ringing in the New Year with New Features

2010 has been a momentous year, both blog-wise and in general steampunk-wise. Looking back, a lot of amazing things happened: I attended dozens of cons and steampunk events, corresponded with many interesting and smart steampunks, won an award, and got a cool side job. I've worked with a growing network of steampunk hobbyists, academics, tinkerers, activists, and costumers. Many of these people I now consider friends of the blog and in real life as well. Because of efforts from everyone here,… Continue 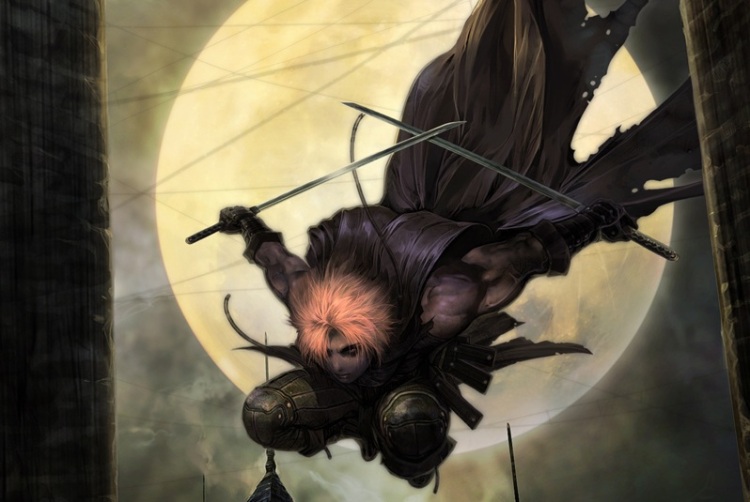 Through his shared blood, Gideon gained some racial abilities. He has gain an advanced healing factor allowing him to regenerate damaged or destroyed bodily tissue with far greater speed and efficiency than an ordinary human. Gideon is able to heal injuries such as slashes, puncture wounds,… I spent many a day and night thinking about the conception of Gideon. I ran multiple character ideas i made for various role-playing games. Each one had their own flair that didn't fit with the style of this story, so i had to dig down and do something rare. I made…

A World in Ashes: A look inside the World This story that involves my character, Gideon Volgas, is my FIRST attempt to working out of novel of sorts. I've written short stories and poetry in the back in day, but to put together a full story and created a world within it is a challenge. I used to often play table-top RPGs (Dungeons & Dragons,…

Rise of Aester news and events

To let folks know a bit more about what we do and to let them get an idea of what is going on in the larger world of Rise of Aester, here are a couple of recent news stories from the world that will give you some flavor about what's happening currently in our game.

Knowing the threat - The Ottoman Empire

"The Ottoman has reduced savagery to a science, and this great war for the victorious peace of justice must go on until the Ottoman cancer is cut…

We jumped on the lifeboat and sped back to Wardenclyffe Tower. There
was no telling how much damage the creature had done in New York City
by now, so there wasn’t a moment to lose. I had a plan…

When we reached the tower, Tesla was outside waiting to meet us. I
jumped off the boat and immediately ran up to him. “Is the transmitter
switched on?” I asked him. “The power is… Continue

Mrs. Toki Prolepsis
I started out as Almira Humphries, daughter of Imogene and Alfred Humphries. I was their eldest child, followed by my baby brother a year later, Alexandros.
The name Toki Prolepsis was taken on as a pen name after writing my treatise on the Steampunk subculture, The Prolepsis… Continue

I love Victorian era book art. When I get this novel published I intend to do my best to have at least a dozen technical drawings and a few etchings like the examples above. When I have free moments between writing and other commitments (ha!) I'll be working on sketches, Adobe Illustrator and CGI renderings of the various inventions and steam powered contraptions which… Continue

"Sound of Girls" by Nicki Jaine is the Sepiachord Song of the Day.

"Sound of Girls" by Nicki Jaine is the Sepiachord Song of the Day.

Hmmm...should i use my SP/DP persona for my page or stick to plain ol' goof troop me??? Let me know what you think?

I am Dr. Alister Grey, I've newly decided to join The Steampunk Empire at my friend Vivian's request. I am quite excited and I suppose I should tell you all about me and my life.

I am a doctor of science. Of what in particular is currently restricted for your knowledge. My apologies...

I can say, however, that I am currently traveling. Perhaps for the sake of traveling.

the sotry of maxwell heartfelt: the man with the ticking heart (test piece)

ticking. unending ticking. it fills my ears and my dreams. the ticking of my life moveing along. for the most this is an over used metaphor, but for me my life is literaly ticking away.....

Everyone has been so kind to welcome little ole me to the Steampunk Empire.  Of course I am not from ‘round these parts so please excuse me if I commit any social faux pas…also please offer up your corrections as I would not want to offend a second time due to ignorance.