As my first post of any kind here I think I will post a few of my creations.


This device doubles as a purse.

You can see more of what I have made on… Continue

Let me begin this evening, by saying I'm a bit tipsy. However, it was time for another bog entry and the dreadfulness keeps a'comin. I met some truly wonderful people on another site, who I've persuaded to join here thus far and am working on others. Others, are no matter where I go to get away, still persistantly around. What an odd world, when some best friends can become vile enemies. It will never make any sense to me, however, if that's how the others' want it, who am I to… Continue

1. How many times have you been to a convention? 12

2. Do you sleep at conventions? sometimes, at least one night

3. Do you eat? uh hell yes. if i'm not sleeping much, i NEED to have food to keep going

4. Are you shameless at conventions?: No, but I'm definitely more outgoing

5. On average, how much money do you spend?: only what it costs me to eat, probably $25. if i buy something, it will be less than… Continue

According to the blogosphere, I am under strict instructions not to label this panorama of Grand Central Station's largest clock as "steampunk." So I will say, instead, that if you like gears and clockwork and century-old architecture design, you may like this panorama.

Fortunately, this link sent to me by Danny has no such restrictions. Behold,… Continue

October 3rd 2009 "The Preface Party" The Crew of the Pirate Airship Isabella will be hosting a fund raising party to raise money for the Isabella project and Halloween bash! "The Preface party" will be the first in the fantastic journeys of The Airship Isabella and her crew as they bring the sights and sounds of a future past that never was. A mix of industrial and technological sounds from different places and times. Brought to you through the manipulation of the most advanced steam technology… Continue

First chapter- any readers out there? ^_^

[I am posting this... because I have not written anything in over a year. Super rough draft. sp and grammar errors are sure to be found. My worst offense is typically missing words, so if you find any of those missing... PLEASE let me know. It would be most appreciated. ^_^ ~Whisper]

It’s when I’m outside my great-aunt’s bedroom window that I see the simple flaw in my escape plan: creeping along a ledge is, while not only dangerous, a… Continue

I found a neat set of handmade switch plates and wall outlet covers with a very nice old-fashioned clock design that would match a neutral-colored room quite nicely. Unfortunately, the color and design themes for the rooms in my house wouldn't be suited to them, but I thought it would be nice to share with the community here in case anyone is interested in them. Although this is the only picture available, the seller can make matching… Continue

I have been pointed out to this amazing technology called "Adaptive Eyewear" which aims to provide corrective lenses to as many people as possible, especially in the African countries where over a billion people live without perfect vision.

Having worn glasses since I was 9, I cannot imagine what life would be like without my glasses (though I wear contact lenses for modeling and acting), and everytime… Continue

I'm sure you've all seen this, 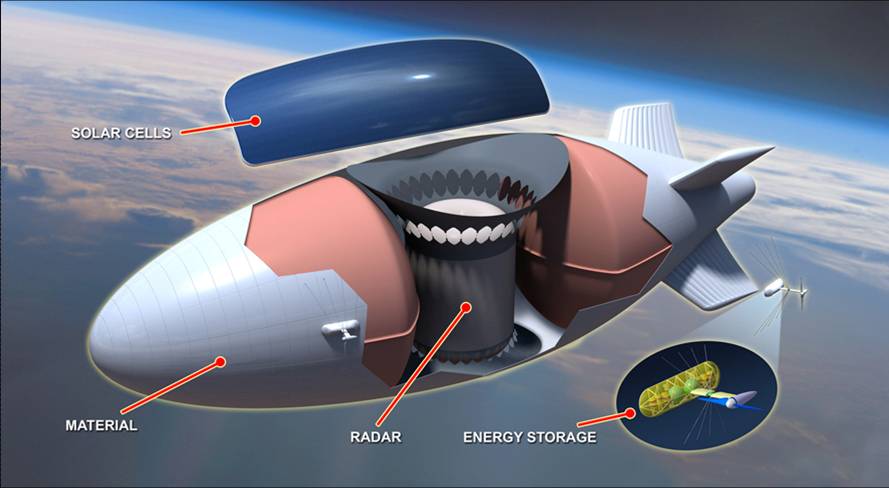 But it looks like the US military has caught up with the Steampunk wave and is developing an Ultra High Altitude Airship for recon and generally military looking sort of things. now if we could just convince them to use brass hardware we'd be all set.

A Case of Tragic Relief

I am delighted to state that I shall be returning to my creative endeavors of novel writing within the next couple of days as yesterday I found myself liberated through failure and am the happier for it.

It is in September that my writing efforts tend to come to a crashing halt because of my involvement in directing high school theatre in addition to my role as an English teacher, however, that trend is at an end. My current production of the ancient Greek… Continue

The details of my challenge are on my blog http://masteranthonystevens.com/2009/09/22/nanowrimo-challenge/

I'll expect at least some of y'all to join me in the madness.

After all, misery loves company.

A photo-intensive account of our adventure to the Henry Ford Museum & Greenfield Village!

Posting all the photos in an entry could get extremely tedious, so I encourage you to visit the Steampunk Librarian for the quick summary of what we saw! (Hint: Edison's laboratory. The real thing. Also, a 1913 carousel, and working steam locomotives, and...)

(There are also full photo sets of the trip on… Continue

[Airship Isabella is landing at Surf Side Beach, TX on Sept 26th to rock out Pirates Alley along with Hipnautica....]

[Airship Isabella is landing at Surf Side Beach, TX on Sept 26th to rock out Pirates Alley along with Hipnautica....]

Building, making on a large scale

I've been gutting and rebuilding our apartment space to be, and have pretty much been waking up to work on that until about bed time. Hence, I have been neglecting the internet on a grand scale.

2 tons of plaster and sheet rock have fallen, and several dumpsters have been filled with junk and debris. The space is almost finally a blank canvas, which hopefully will be filled with moving walls, spinning panels, and secret compartments - finished off in very nice neoVictorian… Continue

Blogging at Tor.com next month

I'm pleased to announce that I'll be participating in Steampunk Month over at Tor.com, which involves blogging for them. I can't promise I shan't bore you with talk of race and steampunk, but I shall endeavour to write on as wide a variety of topics as much as possible.

And of course, I shall be showcasing some works of the wonderful empirelings here!

I began my entrance into the world of steam when I was little. Venturing into the worlds of Jules Verne, Allan Moore, and Orson Wells, were truly my escapes. I watched movies that were steamy, from Labrynth, to Dark Crystal. As I grew older, I didn't know what "steampunk" was, until I constructed my alter ego on the aethernet. I needed assistance with a project I was constructing. I was at odds with an old console television set, which I wanted to and attempted to place an aquarium in. It… Continue

Well, my little trip to California has been fruitful, as I got to spend a glorious evening at The Edison in downtown Los Angeles. It was, hands down, the most beautiful and fantastic bar I've ever been to, and I thoroughly recommend it to any steampunks looking for a a totally immersive evening. Beautiful decor (boilers and vacuum tubes and old silent films, oh my!), wonderful drinks, and and a very intimate atmosphere make for a steamy expereience that no one should go without!

Early last night I finished the rough draft of the steampunk novel's post-Civil War section- The bit I've been calling Part Two. It came out to just shy of 43k words, all by itself. I'm feeling grand about that, but I realize that there's still huge amounts of work left to do. After all, this is only the roughest of rough drafts. The final word count will no doubt be much higher.

I want to dive into the rough draft of Part One, but instead I found myself rethinking the whole concept… Continue