I have seen some people do this makeup style and i completely adore it!!! this look is done soo beautifully, while be strong and...well...dirty. It just goes to show you that you don't have to be pretty to pull of a beautiful steampunk look. Another thing about this look is that it is so easy to achieve. a black eye shadow is all you need for this…

So I thought I would put a short story I wrote up here. All credit due to the Contessa of Vintage, whom started a simple discussion topic, entitled "Your Steampunk Zoo." This story popped into my head at the very mention of these words, and I thought I might use it as the first thing I have ever published. Ever. Please critic, applaud, boo, hiss, praise as you wish.… 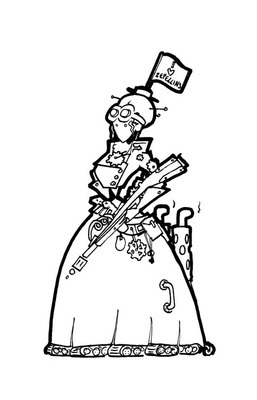 The start of the Shenanigans!

Hello all! My name is Lady Brielle Serra. I am new to steampunk, but over the past few days have miraculously found myself part of the newly founded pirate airship crew, the FRS Dragonfly! We take the Robin Hood philosophy, stealing from nasty people and giving it to the needy. Except the rum. We keep all of the rum. The shenanigans have been full of hilarity, and must be documented. It all started three days ago when I was talking in the airship docking station’s bar and trying to find out…

Daily Chronicle is out Daily Chronicle is out http://www.sepiachord.com/index/daily-chronicle-is-out-3/

I have gone to the Gunfight at the O.K. Corral event at Bedford for two years now but this was the first time that I have gone as a participant. The first thing I learned was that I didn’t have to pay any admission fee. I was working, after all. The next I noticed while filling out the paperwork was that the vast majority of the people involved are part of some sort of group, either formalized such as the… From Our Valued Customers.

There are a lot of people who would take vigorous issue with the characterization that steampunk is "just wearing stupid goggles and acting like a weirdo" but, in all honesty, for many it isn't much more than that. For myself, the public aspect…

Both the telephone and the phonograph were invented within a year of each other (1876-1877), so the basic technology was established in the Victorian age, which we all crave. Edison later on even suggested that his phonograph could be used as an answering machine. However, back then there was no…

Having had a few weeks break from the stresses of getting Steam on the Horizon published, my mind is now starting to bend towards Clouds of War, Book Two in the Aether Saga I am writing. I just picked the draft up for the first time in months to discover that I have twenty-one chapters and 114,281 words written.…

“Pretty Face” by Sóley is the Sepiachord Song of th……

Use what you learned!

When I was a kid, I was fortunate enough to go to a school where the English class consisted of sentence structure and the 6 Trait model. Today, in my job as a highschool para, as a writer, blogger and in editing my own works, I am disgusted how people DO NOT use the writing skills they learned in the fifth grade. Most of this is aimed at people writing blogs, self-publishing and reposting for authors, but everyone could use a dose of Writing Conventions to "refresh" them out of… 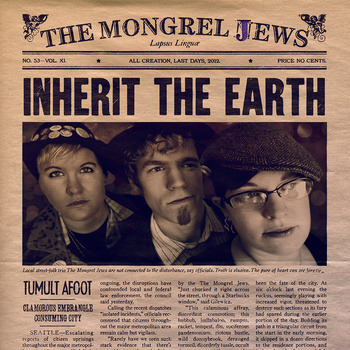