I have fallen into my usual trap, the restart. I've written four and a half chapters of a draft but now find myself reconsidering the plot which means revisions all over the place and essentially a reboot. I began work on a new outline last night and this morning which is 1475 words in length thus far, but it's that same obstacle that has messed me up in the past. There are not major changes to the plot, but I wanted to make sure the mood and tone was right. I have,… Continue

A most disturbing occurrance!

This involves New Babbage and the current problems besetting the city. First, the public peace was disturbed by the take-over of the civil functions by Dr. Obolinski and his minions, setting the stage for the criminal element to run amuck among the populace and annoy honest shopkeepers.
Then there was the appearance of many odd steam-spewing robotic things in areas where the public had access to the various forms of civic transportation. They did nothing other than leak steam and generally… Continue

I am in love with my graduation present, a shiny new Singer sewing machine.

Now my head is swimming with projects that I can accomplish in record time. I also have the tail end of an outfit I'm working on, that I'd like to have presentable by the 11th, and working on more foundation garments.

So many foundation garments. If I start now I might be done by the time a season rolls around that I'll be willing to wear a chamise, bloomers, corset, petticoat and… Continue

its my 35 birthday today. My wonderful wife Dragaliene bought me new glasses with bendable titanium frames with the transsions lenses, not to mention the thinnest lenses possible. Then i woke up to a dremel tool in my bed with her smiling. god i love that woman!
I hope all is well in ya'lls world. I am hoping that eventually there is a steam punk gathering/con/tea party in the near future in the Houston texas area. I know that friends in San Antonio are trying to get a mini con or such… Continue

I do not deserve your attention today as I gave up this morning after only 133 words. Again I am too tired with only five hours of sleep and I fear once more that I will do more damage if I keep on writing. For those of you who write, you will know that you need an alert mind to keep track of the complex plot lines and twists, and so forth. I shall promise myself an early night tonight and get back to 1000 words per day starting tomorrow morning. 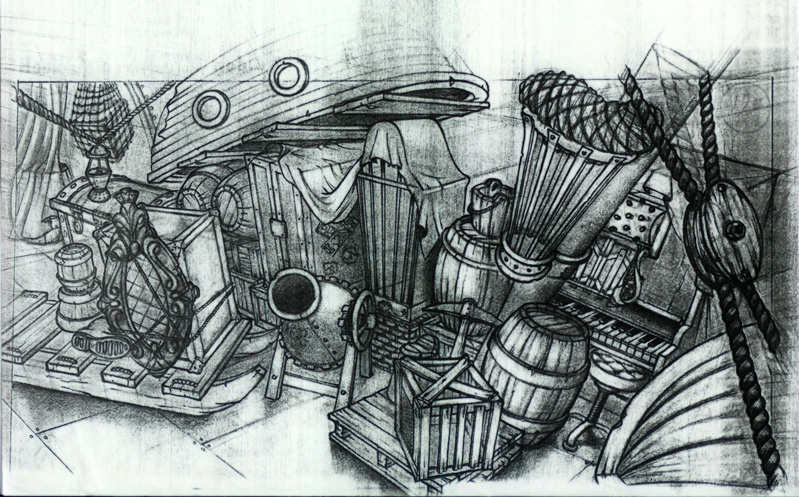 We are in the slow, and somewhat arduous, process of repairing The Albatross. She suffered more than a healthy dose of damage while I was away on explorations of the West Coast. I will note what I can as it is safe to conclude that the Captain has been far too busy to record such events. Being short-handed generally poses no problems, but when a crew is small in size to begin with then problems accrue. Mind you, we are notably… Continue

This morning was the least productive morning thus far as I managed to add nothing to chapter five, but did manage to add 184 words to chapter three as I wanted to work in a bit of exposition about a prophesy that would play an important part later in the book. The combination of a hard day's work yesterday and a late night have resulted in my lack of focus this morning. Yesterday I spent about six hours scrubbing the hardwood floors in my dining/living room (it's an L… Continue

This morning was very similar to yesterday morning, a struggle to get up when the alarm told me it was 5:30am, plodding around for a while before sitting down to write around 6:20am, half asleep, but with a good cup of tea (Red Rose with a splash of milk; staying at my father's house while I get mine ready and he drinks Red Rose rather than the Tetley's British blend that I prefer . . . but I digress) manage to wake up enough to write 678 words of plot thickening… Continue

First off, here's something on the librarian side of the Steampunk Librarian. If you're in Ohio or know someone who is, take a moment to look at the current situation facing the state's public libraries and see how you can help. As an example, if this goes through, half of Cincinnati's library branches may close, and that means twenty of forty libraries will shut down. Thanks.

For the Egyptologists among us, from Satori: "The Brooklyn… Continue

As you may recall from yesterday's posting I managed to slip 610 words behing target, well I wrote 680 words today, but this means I am a day's worth of work behind. I hope to find the missing 1000 words sometime later; most likely the end of this week or the start of next week. I should mention at this point that the issue that has been impacting my writing is the fact that I am getting my house ready to put on the market and sell. I've lived there five year and done… Continue

This has been a disappointing morning, but hopefully I can mend that later today. I have decided to stop this morning's writing session after only 390 words as I am just too tired. My plan is write the remaining 610 words this evening, but for now my mind is just too dull with fatique to get the creative juices flowing to the level that works; I fer that if I force myself I will write something that will need a total rewrite later. I really need to start going to bed… Continue

which brings us to this chair,

I bought it at a yard sale about 9 years ago when we first bought our house.
it is an old house and this was an old chair , thought I would get to it "sooner or later" .
came back from marcon fully indoctrinated now in the ways of steam , looked upon it with different eyes,
as most of these things do,this began with me saying "you know what..." this is what I started… Continue

Dear Reader (if you exist),

It's time for my daily posting of how many words I wrote today. This morning I wrote 1223 words that saw the conclusion of chapter IV. I'm not totally convinced of today's efforts and suspect that it may need some extra editing later, but the fact that I have pretty much remained on target has brought me great joy. Tomorrow sees the advent of chapter V where we shall see the aftermath of the murder from chapter III; this last chapter followed the other… Continue

I managed to write 970 words this morning, a little under target, but it felt like the right time to stop. The intrigue is getting thicker with the hint of river pirates and a mysterious simple piece of red string that symbolizes far more. I predict that I should have chapter four finished tomorrow.

Thank you for your interest, and words of support are always welcome.

So I'm an honest person. One of the contributing factors I found Steampunk Empire was I was messing around on myspace, went to the Abney Park or Voltaire (I can't recall) and saw a comment that linked me here. I was looking around at this site going "wow! look at all this cool stuff, this site is not that big and is using some other engine to create a social network, but this is still pretty cool group of like minded people (a litttle far away… Continue

This morning saw 1014 words of chapter four. It seems that on average it is taking me three days to write a chapter, so if I continue at this pace I shall have 23 to 24 chapters done by the latter half of August. This is great as my goal os to write 24 chapters by about the middle of August; dulche!

The tough part will be around chapter 12, always about half way through a draft come the phantoms of doubt that tell you that your story's no good and that you… Continue

Gogol Bordello at Club Firestone in Orlando!
Is anyone else going?

You can bet your bippy I'll be there in purple!

You may be pleased to learn that this morning saw the conclusion to chapter three. Much to my surprise, and possibly yours, I am simply racing through this draft. I wrote 1014 words to round off the chapter, which incidently ends with a murder, but added an additional 150 words to the first chapter in order to add in a character (Lady Penelope) who will act as a femme fatale and a possible suspect. There are three suspects thus far; it's all part of a larger conspiracy… Continue

Who is Zoe Connolly? She is a time-traveling avatar most at home in the cockpit of her aircraft. 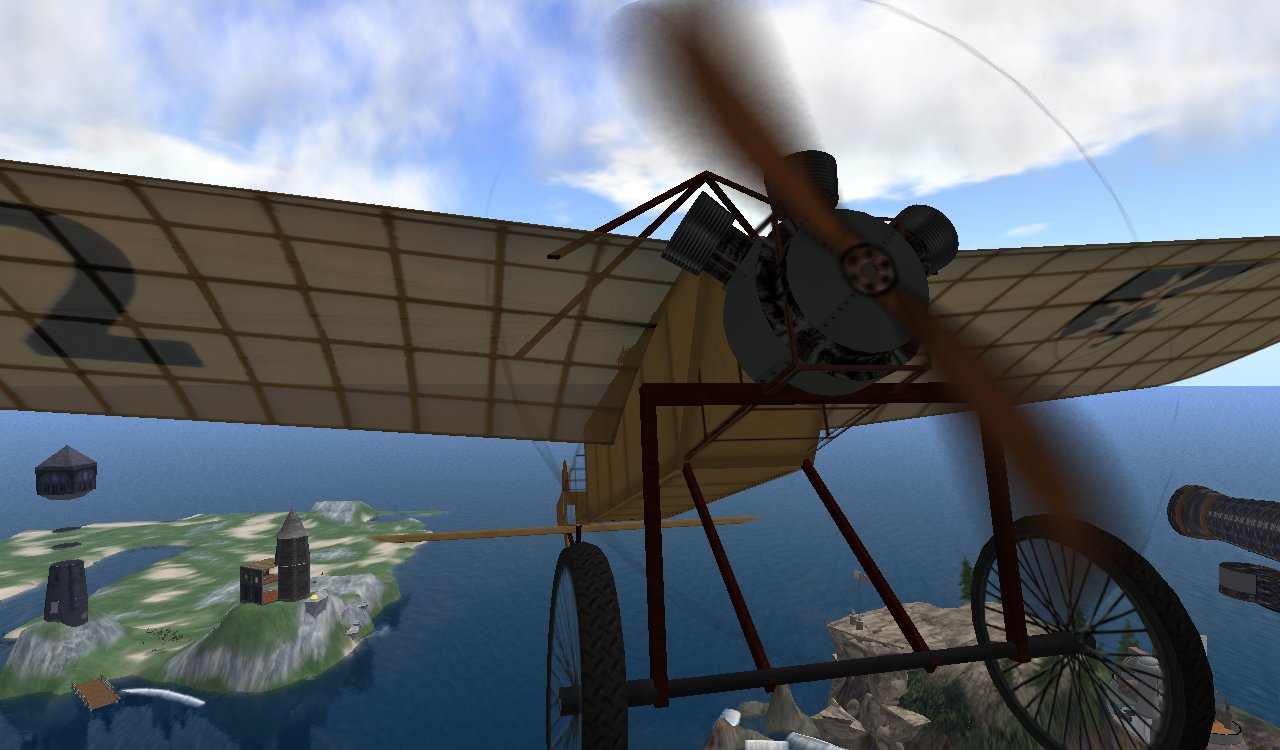 Greetings, all you steamy punk types. I probably won't post that often. Not out of lack of interest. The opposite, in fact. My brain flits from this to that on a very regular basis and I'm oft-time traipsing off to parts unknown, leaving less-traveled paths, like this one, neglected for great spans of time whilst meandering onto paths even more...less...traveled. Wow. Long sentence.

Anyway, I am the vocalist/lyricist for the Los Angeles band Unextraordinary… Continue