Finally got myself out to see this film and I quite enjoyed it. :)

The film's combination of… Continue

The Eye I Use to See is Steampunk

The most recent change to my day has been the constant desire, or dare I say it, need to look at the world through the eyes of an airship captain. The need to see if that clock on the wall has metal gears and the hold that a pair of welding goggles now takes over my imagination.

Steampunk has become a way of living. It is a fashion,…

I've only recently started exploring the weird and wonderful world of steampunk. Oh sure my husband the uber geek and my otherwise better half spouts off at various different movies ooh thats so steampunk I like that or he sends me a pic of some fantastical item of imagineering which I admire along with him. J is my partner in deviancy he is an imagineer/gadgeteer himself. I Her majes T, have always been interested in dressing up,history and historical recreationism. This is a natural… Continue

It is our pleasure to announce that the esteemed Dr. Jasper Ashton and
his family are departing the Isabella and setting out on there their own
to start a new company, North American NACs (NAN), in preparation for
the release of Full Steam Ahead. This compilation CD will be released
under their new company name, so look for it in the very near
future.Airship Isabella will be in no way affiliated with that release
or projects released by this new company. If you… Continue

Oh, I NEED this t-shirt

I so want this t-shirt! It was designed by the amazing David Malki of Wondermark fame.…

The Inspiration for the Gatling Speargun

These are great 3D renderings of the core concept for my right-arm weapon. 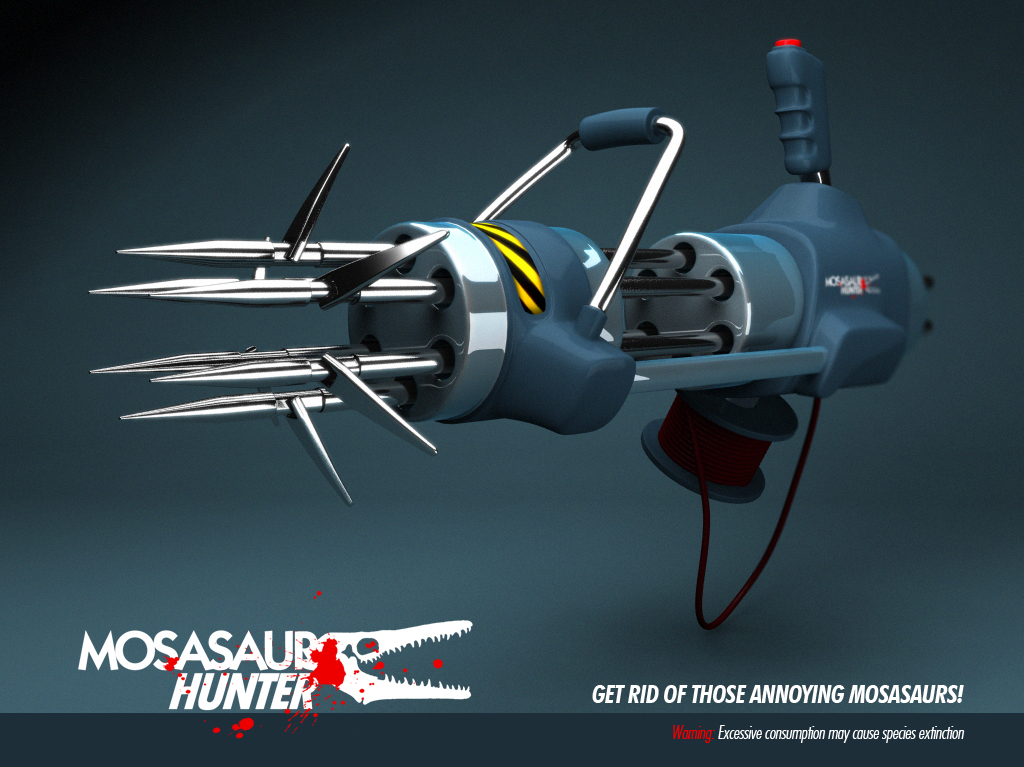 I'm thinking I can make the internal cylinders out of coffe cans (the two in front cut in half to make the shorter cylinder). Anyone see any downside to this idea?

Happy news in the land of the Steampunk Librarian: "steampunk fiction" is now a Library of Congress Subject Heading!

In somewhat related news, a steampunk documentary is in the works. So to speak. (In the cogs?)

The Art of Jim Martin

Jim Martin has a LONG list of movies he's worked on. He's a magic maker. Check out his full site here: http://www.jimmartindesign.com/cont.htm

I love his work, especially on "Atlantis" and some of his guns and sketches. You gotta check these out!…

Strange!
to be thinking of
Theophelia Guindon...
Lady from a distant past
100 years or so..
Ancestor?
Perhaps.

Mystery lady...named on a faded document:
Mother of Peter Arthur LeBlanc,
who became... my grandfather.
His father: Lewis LeBlanc,
his mother...Mary Yandow...or
was it Theophelia Guindon?

Here are some of my initial sketches that I did before and during Imagicon. The concept has changed a good bit since I did these, but these are my first reference points. 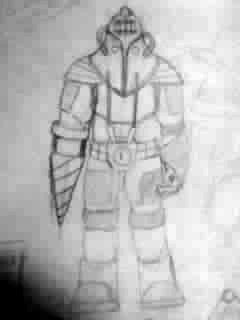 I decided to go with the round viewport design though, with LED lights on the top and on each side of the collar.

I thought about adding a respirator like device to the front, but felt that that would be a bit…

So I’m taking a page out of my fiance’s book and putting down my costume ideas to date. DragonCon is only 3 months away and I want to have already done a test run in my costume before I go. So I’ve got less than 3 months to get something together and make it good. Let’s go bottom to top.…

Who Is Commander Jiggadias Hawthorne?

I have been putting a lot of thought into my persona, as I learned at Imagicon that knowing who you are will help determine your appearance.

My persona actually ties in with the persona of my soon-to-be in real life wife. After tossing ideas back and forth for a while, we've decided that the nation of Atlantis…

The Startings of a Steampunk N00b

So, here I am hopped up on muscle relaxer (did something to my arm at Imagicon) thinking more about my first costume. In case someone else is just starting out, maybe my examples, issues and thoughts can help out.

The main issue(s) I'm realizing I am having is...delusions of grandeur. Here is my basic costume… 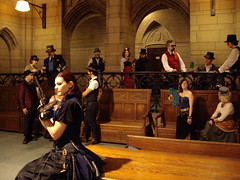 On Saturday, the Steel City Steam Society got together for a photo shoot. It began with the Cathedral of Learning's Gothic architecture, broke for lunch at Fuel and Fuddle, then ended up at the entrance to the Carnegie Music Hall.

It would have been great if we could have… Continue

Half-Price Books is a dangerous place for me to go. I have thousands of books and many that I haven't read yet but a trip to Half-Price almost invariably has me coming home with something new to add to the stacks. This week's purchase:

World Railways of the Nineteenth Century: A Pictorial… Continue

As a newcomer to the steampunk world, I was led on a quite diverse course to discover everything about the genre. This strange path led me to decide to edit and publish a special steampunk issue of Fissure to be realeased at the Upstate Steampunk Con in Greenville, SC in Nov. 2010.

This was the first stage of my travels to this exciting, terrifying, amazing, offbeat, colorful road.

In a follow-up to the Steampunk World's Fair post, a few selected links for additional reading about the topics discussed...

Read the rest on beyondvictoriana.com

Henry Sylvester Williams, one of the leaders of the Pan-African Movement. Image courtesy of 100greatblackbritons.com

The close of the nineteenth… Continue

Quite a very long time without a blog entry, eh? I confess, my life on MySpace and account on LiveJournal have both ben put on life support, and I rarely show my face on FaceBook these days, so please don't think I am neglecting the Empire in specific. What time I have for electronic pursuits ends up spent on DeviantArt and FanFiction. So, I must offer my apologies for my absence here, and hope you will forgive me.

We have recently returned from our sojourn to the Steampunk…

"Steam Train" by Natura is the Sepiachord song of the Day.

"Steam Train" by Natura is the Sepiachord song of the Day.