I'm preparing for some big events in May (like co-hosting two panels at the Steampunk World's Fair. Will you be coming? It's bound to be INTELLECTUALLY STIMULATING and IMMENSELY ENTERTAINING.) Thus, the next post will be delayed. But never fear, I have some nifty reads that have been building up in my inbox for you to… Continue

The skies were bluer than they’d been in a fortnight, almost as if mocking the inhabitants of the Blackrose. Foul weather had plagued the airship’s voyage- and storms were a major threat to such. But just when hope had risen with the sun, a spot was noticed upon…

Exciting news my fabulous aviator steampunk costume is going to be in a Fashion Competition!

I'm new, but what better place to post a blog about Project Twinsburg. What is Project Twinsburg? It is a fashion competition spanning from 1910 to 2010 fashions. A celebration that the local Twinsburg Public Library is putting on for their Centennial birthday. I am one of four designers that will be competing and I chose to represent modern steampunk fashion. So I embarked on a wonderful journey of putting together my outfit. Chose some nice fabrics in black, gold, and rust. The outfit has a… Continue As most of you should know by now the Sac Steam Ball is tonight after your meeting so I hope to see some familiar and also some new faces there tonight! This promises to be alot of fun! I think… 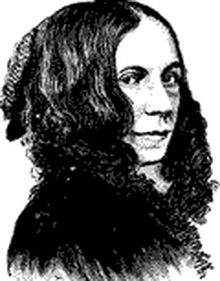 This might interest some of the poetry lovers among you:
http://www.providingnews.com/rare-19th-century-british-literature-discovery-deep-in-the-heart-of-texas.htm…

Ladies, and gentlemen of the Empire. We are spread all over the world, though we are separated geographically, we are one in spirit. All of you by your own free will, choose the path less tread upon, a path that takes commitment, dexterity and wisdom. I salute all of you, every man and woman, but I come to you with a question, will you join me. As of now I have started a militia, The Imperial Forces of The Steampunk Empire. Its purpose will be to defend any Steampunk around the globe. If they… Continue

My schooling is finally taking a break (only for a month, I'm afraid), so I now have more time to dedicate to my sewing. I've had the materials to create three gentlemen's waistcoats and two pairs of ladies' bloomers for months now and just haven't had time to make them. I'm hoping that I'll be able to get them done in the break between semesters, as well as do work on some of my own projects.

First up, however, is AnachroCon, which is this weekend, and which I will be sitting two… Continue

If you live in the DC Metro Area, Maryland or Virginia, it would be great to meet you guys. I am part of a small troupe located in Calvert County, Maryland called the Lucky Gamble, and we are eager to meet other steampunkers like ourselves! Feel free to comment and we can talk about possibly meeting up or planning an event.

I have have received a letter from Lady Diega Marino Cavallos the Marquessa of Santa Inigo de Ona. She says that she wishes to meet me to discuss matters of mutual interest and benefit. I cannot shak…

I have have received a letter from Lady Diega Marino Cavallos the Marquessa of Santa Inigo de Ona. She says that she wishes to meet me to discuss matters of mutual interest and benefit. I cannot shake the illogical feeling that this is an ill-fated letter, but my curiosity is tickled, and I am in need of another source of funding. I will ponder this while I install the wireless telegraph. Continue

Remember our giveaway for Ghosts of Manhattan? Now the first six chapters are available online, so even if you didn't win the giveaway, you can read part of the book. (That being said, our winner has not yet responded with an address, so we still have the book.… Continue

PULLING TOGETHER A POTENTIAL OUTFIT

Well I decided the first thing to do was to go through my existing wardrobe to see what I could pull together. And below is what I put together for a casual outfit til I can get a nicer one made.

I thought I might wear a cameo at my throat, a little fancy magnifying glass on a delicate chain, and a pocket watch. thanks to anyone who…

No tea is complete without these elegant and tradional finger sandwiches. These were served at the recent (Satyrday, April 24th, 2010) Imperial Tea hosted by Miss Kitty at the Wauregan in Norwich, Connecticut Though the recipe sounds rather unimaginative these morsels are quite delicious. The touch of lemon juice really does make this dish shine.

Remains Untitled -is the title

but her bones wont bring him back

and this world is on it's back

My Life in the Grave

My interest in cemeteries began at an early age. As a toddler I would fall asleep looking out my bedroom window towards Hillview Cemetery. Hillview as suggested is positioned on a hill, our home was at the top of this hill which made for a wonderful view. My brother and I would venture through this cemetery almost daily to reach the park on the other side.

After my family moved it would be several years before I found myself in any cemetery. In the meanwhile a friend and I began… Continue

"What I try to get behind is why it is so difficult for people to change from their old ways. It hasn't worked out the way I imagined. People who thought they were superior before haven't really changed. I try to find out through studying history what gives people the right to think that way. I try to find a solution, not to be disappointed, to reach an understanding." - Willie Bester (… Continue

A Band in Need

The band, Colourslide, is not a steampunk band, but they do need help, and since this is a community full of artists and entertainers, I figured many of you could relate to their current troubles.
"On Sunday, March 21st the band was traveling back to Florida…
Continue

While I would very much like to see her in a corset, my wife has previously shown little interest in joining me in the world of steampunk. This changed when she saw online that the Curio Theatre Company was going to be doing a steampunk-styled production of Shakespeare's "Twelfth Night" in Philadelphia the same Friday night that I was going to be in Piscataway, NJ for the Steampunk Worlds… Continue

FAREWELL: The adventures of Lady Hay on the first flight around the world

For all of you who appreciate the beauty of the dirgible, the documentary, FAREWELL, is about the adventures of Lady Hay on the first flight around the world in a Graf Zeppelin in 1929. It will be playing at Toronto's Hot Docs Festival which runs from April 29th to May 9th. For more information, here is the link to the films website which has a lovely trailer and some nice photos of the ship as well:…
Continue

The Conquest of the Pole. A story Chapter One

The paddlewheel flashed in the cold waters of the Yukon River as Samuel Archer looked down from the Texas Deck of the Steam boat River Queen. He wondered if he had had the right choice. He could have stayed in his comfortable rooms in Seattle, with his arms around his fiance Belle. He could have been warm and happy. But, no. He elected to take on the assignment of his editor to interview the eccentric American inventor August Challenger in his laboratory in White House, Canada. He thought it… Continue