When I agreed to write the series about Bulgaria under the Ottoman rule as a suitable stage for the steampunk genre, I underestimated the challenge these articles present. I want to deliver a portrayal of a complicated and cruel span of five centuries in Bulgarian history. At the same time I’m dealing with controversial and sensitive material, given that the Ottoman occupation has hindered Bulgaria’s access to Europe during the time of the Industrial Revolution.… Continue

Fact or Faked: The Travels of Jacob D'Anacona--Guest Blog by Rachel Landau

The City of Light is the journal of the travels of Jacob D'Ancona, a 13th century pious Jewish merchant. Readers follow Jacob on a three-year journey, starting from his hometown of Ancona in present-day Italy, overland through Damascus and Baghdad, and then by sea, stopping at various ports and places until he reaches the city of Zaitun, modern-day Quanzhou, where he stays to buy goods and talk to the scholars of the city. It consists of equal parts travelogue/memoir and a… Continue

“The Sikh Pioneers of North America”: The Punjabi-Mexican Americans of California 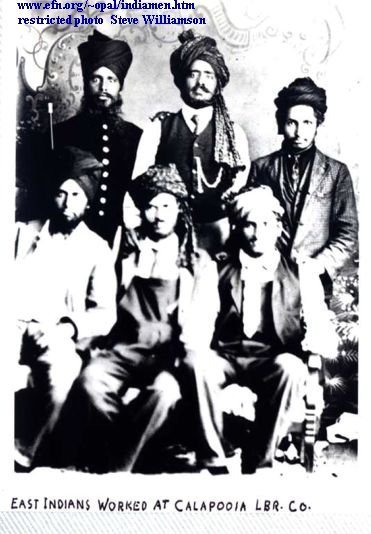 In California at the turn of the 20th century, a community grew in southern California with an interesting history: Punjabi-Mexican families of the Imperial Valley. This unique… Continue

Cartoon from The Wasp. Image courtesy of Berkeley University. Click for link.
Historical and cultural trends fed into the development during the 19th century of the Yellow Peril in the United States and Europe.… Continue

Earlier this year, my attention was drawn to a discussion on … Continue

QUAINT #18 Roots of the Yellow Peril, Part I

Note: Jess Nevins' entry on the Yellow Peril was just too fascinating to be abridged, and so it will be posted in two parts. Follow along next Wednesday for Part II. Film poster for The Face of Fu Manchu, who is one of the best known examples of the Yellow Peril stereotype. Image courtesy of Wikipedia.

The Yellow Peril. Although the anti-Asian stereotype of the “Yellow… Continue

QUAINT #17 Assowaum from "The Regulators of Arkansas" by Friedrich Gerstäcker Assowaum was created by Friedrich Gerstäcker and appeared in Die Regulatoren in Arkansas ("The Regulators of Arkansas, 1845"). Gerstäcker (1816-1872) was a German who went to America in 1837. For six years he lived a checkered life in America, working as a… Continue

Vathek was created by William Beckford and appeared in Vathek: An Arabian Tale from an Unpublished Manuscript, with Notes Critical and Explanatory (1786). Beckford (1760-1844) was one of English literature's real oddities. He lived a life of scandal and extravagance, both financial and sexual, and even in the 21st century his name retains the… Continue

This Monday is the first night of Pesach, or Passover. In the days when the Temple was standing, every Jew was required to make a pilgrimage to the Temple and make an offering there. Around the world and on six continents, Jews still follow the same structure for a Passover seder, as outlined in the Haggadah nearly two thousand years ago. But Jews are not monolithic: each community adds its own variations and customs to the mix.


A picture from the Sarajevo Haggadah,… Continue

These above words are quoted by… Continue

One representation of Agartha, based on writings of Raymond W. Bernard, which assumed that Agartha existed inside the Earth with an opening entrance in the Himalayas. Click for source.

QUAINT #13 Hagar of the Pawnshop, The Gypsy Detective by Fergus Hume Hagar Stanley was created by Fergus Hume and appeared in Hagar of the Pawnshop, The Gypsy Detective (1898). Hume (1859-1932) was born in England but grew up in New Zealand and moved to Australia to practice law.… Continue

QUAINT #10 Cahina from “A Royal Enchantress” by Leo Charles Dessar 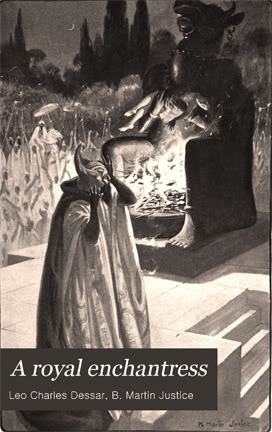 Cahina was created by Leo Charles Dessar and appears in A Royal Enchantress (1900). Dessar (1847-1924) was a New York judge who was a part of the corrupt Tammany Hall political system.

There was a real Cahina (alternatively, “Kahena” or “Kahina”), a Queen of the Berbers in the 7th and 8th… Continue

During the aftermath of the Industrial Revolution, causes for gender equality were being raised by men and women throughout the world. In 1909, under the helm of the Socialist Party of America, the first National Women's Day was celebrated in the United States on February 28th. In 1910, at the International Conference of Working Women in Copenhagen, influential German socialist politician Clara Zetkin proposed that a day be… Did Verne create “steampunk” characters in his novels? Though I cannot define Verne as being a steampunk writer, I can say that Verne’s works, while written in a cut and dry cataloguing style, nonetheless emphasizes moral and social qualities as much as it does scientific ones. Given these circumstances, I will consider what are considered important values that a person should have according to… Continue

For Tết (Vietnamese Lunar New Year), I'm spending the day with my family (and getting in gear for TempleCon.) But I wanted to leave a little note for today to those who celebrate Lunar New Year's in any manner.

Most people would recognize that today is Chinese New Year, and that it is the Year of the Metal Rabbit.

For the Vietnamese, however, Feb 2nd was the start of our New Year, the Year of the Metal Cat.

Note: This is part 2 of our roundtable interview with several contributors to Steam-Powered.

Steam-Powered: Lesbian Steampunk Stories is a very unique anthology for a variety of reasons. By unique, I'm not stating that this anthology is tailor-made for only a specific target audience (though it may scream "niche" to the average reader.) Still, upon first impression, a reader might wonder: would someone who isn't queer or female or a romance lover still… Continue