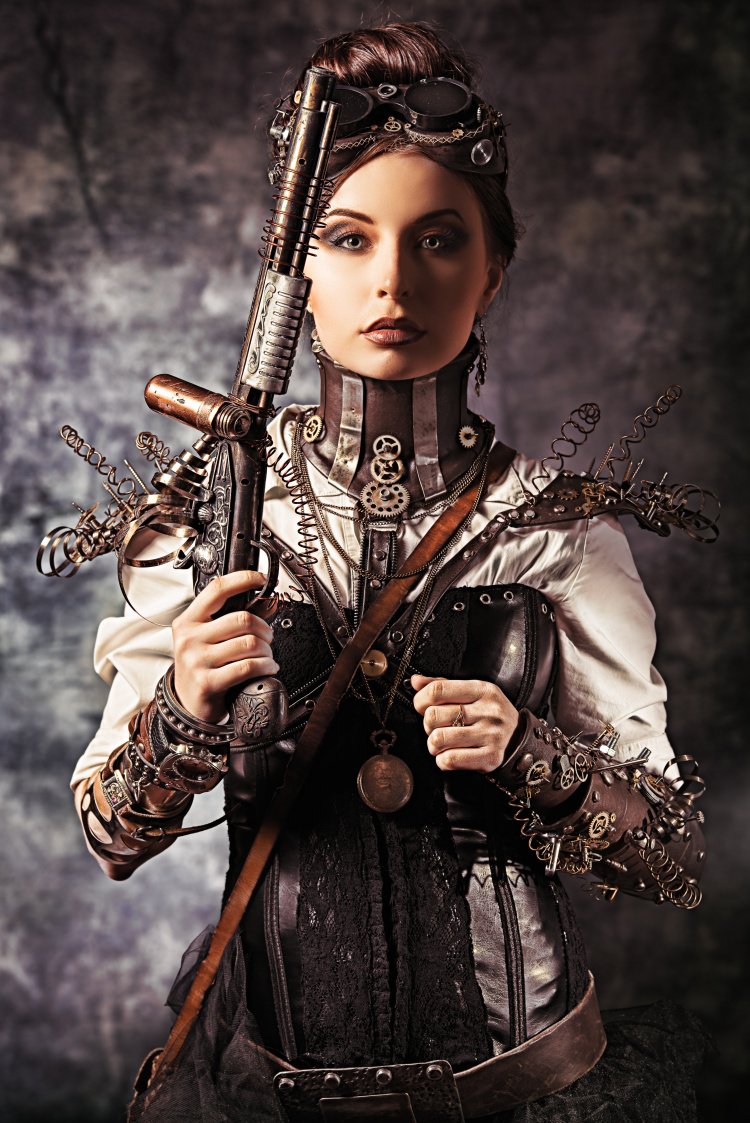 There Are so many color to choose from, which ones is best for your steampunk look? well here are some palettes that will make those chooses easier on you. These palettes have colors that go best with any steampunk makeup whether it's a simple look to Dramatic and fierce. …

Steampunk Shoes TO DIE FOR!!! Am a person who likes wear simple shoes, but I can…

I have seen some people do this makeup style and i completely adore it!!! this look is done soo beautifully, while be strong and...well...dirty. It just goes to show you that you don't have to be pretty to pull of a beautiful steampunk look. Another thing about this look is that it is so easy to achieve. a black eye shadow is all you need for this… For any steampunk fashionista, makeup is a style that can make or brake a look. A steampunk makeup can be simple to dramatic. it based on what style you are looking for and that will complement your look.…

Zaftig: Steam Punk Fashion? It is all in the Waist. 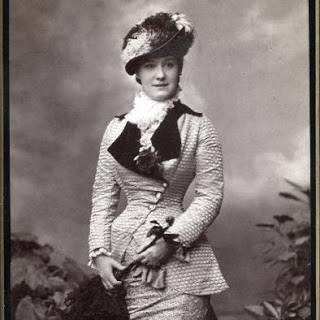 As I was strolling through the fashion pastures of the AEthernets I started to wonder, "Where are…

Now I know the modern male decries the tie nearly as much as the modern female decries the hated "shape wear".  I do understand this particular element of men's wear is cumbersome and often uncomfortable, but they come with a venerable pedigree and so many permutations that any steampunk style man can find one to fit his particular fancy.  Stay with me gents, because there will be many pictures and lots of video links to how to tie any particular that you would like to sport.

Steam Posh - How to Dress Up Your Dress Up Okay gents, after much research and shopping I have discovered one sad fact. Men's shoes and boots haven't changed all that much in the last 200 years. With the exception of the ubiquitous “trainers”, you can pretty much put anything on your feet and if it fits the rest of your style, well, you can wear it.…

Below the Waist: Trousers, Knickerbockers, Kilts On the delicate subject of what a gentleman wears below the belt, I will endeavor to be completely frank.  While I usually don't mention what should not be done in favor of what should, it is here that I will state categorically for my younger readers, no lady of steampunk sensibilities wants to see your…

Shirts and Vests, Waistcoats and Chests...for the Gentleman Adventurer

A man may go hat less or goggle less but the shirt is indispensable  that is, if he wishes to be served anywhere.  There are also as many styles as their are men.   My only real rule here is, a man must wear a shirt.  No really, Miami boys notwithstanding, a man wearing a vest without a shirt is just not attractive.

But what kind of shirt should I wear?  Well that depends a great deal on your personal style.  If you are rocking the working man, a…

Here is the link to  my interview with Maeve Alpin of Steamed magazine.  I am told the readers loved it.  Please leave comments and let me know what you think.

Thanks for the read!

An Interview with the Fabulous Cherries Jubilee by Maeve Alpin

The Island and the Sea is holding a steampunk lookalike competition.  Read a brief character description and dress in an outfit you think most exemplifies that character.  All styles and fashions welcome!  There are three characters to choose from, so the competition is open to anyone with an imagination.

To read the rules and take part in the steampunk lookalike competition just follow the link.…

As I'm sure lots of people can agree, it's difficult pinpointing exactly what is Steampunk. The lesser known variants like Dieselpunk and Steelpunk are more acquired tastes, but I find myself liking them all. Any sort of vintage clothing style, I finding more aesthetically pleasing than modern fashions, so as I'm training myself to become a full-fledged tailor I'm hardly keeping myself constrained to just Victorian patterns alone! But no matter what it might be, I never consider Steampunk to…

It is day 15 of our arduous journey through the veldts of Nigeria (or are we in Cameroon yet?). Our tracker Adeola has discovered new tracks and scraps of fibers from obviously foreign cloths. She can find a single iguana track amongst a bevy of crocodiles, this one can. We listen intently that these “men” are probably several hours, if not a day away. We find…

If nineteenth-century Iranian women discovered time travel, where would they go? What would they bring back?

Photographer Shadi Ghadirian did not have these questions in mind, persay, but she is interested in how the Western world perceives Iranian woman like herself. In her photography series "Qajar," she brings out the cognitive dissonance that someone unfamiliar with Iran may experience, as well as comments about the position of women in society… Continue

Steampunk World's Fair-- the self-proclaimed "largest steampunk festival in the US" had a huge turnout last year and raised expectations for many steampunks for repeat success. Over the course of the year, shifts in management and staff structure sprouted rumors of uncertainty about the success of the con, but this year's Fair still held a strong and diverse showing of… Continue